Active Holidays in the Peloponnese

The Peloponnese is Greece’s largest peninsula and truly a fantastic place for an active holiday. Moreover in the Peloponnese you will find some of the most famous ancient sites in Greece: Mycenae, Olympia, Corinth, Epidaurus and Sparta are just a few examples of fascinating excavations that will captivate you.

Do you like being active during your holiday? Are you longing for a multi-sport adventure, an exciting hiking or cycling tour or a kayak or canyoning experience? Or maybe you would like to go skiing in Greece? Whether you are traveling alone, as a couple, or a family – we offer the best outdoor trips for discovering the Peloponnese actively.

What regions belong to the Peloponnese?
The Peloponnese Peninsula is divided into seven regions: In the far north, you will find the region of Achaia with its famous ferry port of Patras.

To the northeast lies the region of Corinth, home to the world-famous Corinth Canal. In the nearby village of Nemea you can taste and buy some of the best Greek wines.

To the southeast lies the region of Argolis, where Nafplio, one of the most beautiful cities in Greece, is located. Moreover, in this region you will find a number of impressive archaeological sites such as Mycenae.

Arcadia forms the central region of the Peloponnese and is largely mountainous. The highest peaks reach almost 1,900 m above sea level – an ideal destination for your hiking tour on the Peloponnese.

In the southwest of the peninsula is the sparsely populated region of Laconia, home to the two peninsulas of Maleas and Mani. Jutting out far into the sea, these two peninsulas are among the southernmost points of mainland Europe. In addition, their landscapes are breathtaking.

In the southwest of the Peloponnese lies Messenia. This is a water-rich and fertile region where oranges, lemons, almonds, figs, and olives are still grown in abundance.

The Elis region is located in the west of the Peloponnese. In Elis you will be amazed by the extensive sandy beaches and by ancient Olympia, which is considered the cradle of the Olympic Games.

What is the most convenient airport to reach the Peloponnese?
The only international airport on the Peloponnese is near Kalamata. The city is located in the southwest of the peninsula. However, we recommend traveling to the peninsula via Athens Airport. From here, you can rent a car or take a bus to the Peloponnese. The drive from Athens Airport to the Corinth Canal will take you approximately one hour via the motorway.
What is the best time of year to travel to the Peloponnese?
This depends on what exactly you want to experience in the Peloponnese. For hiking in the mountains or cycling and MTB tours, the best time to visit is during spring from mid-April. Then the flowers are in full bloom. Also autumn is recommended to you. Then the leaves change colour and bring the Indian summer to Greece.

The warm and dry summer months are ideal for a seaside holiday. For windsurfers and kite surfers, May and the summer months of July and August are particularly suitable. During these months the Meltemi wind blows strongly. The further south you travel, the more you can be sure of a good wind.

However, you should also consider the Peloponnese as a great winter destination: Not far from Kalavryta you will find Mt. Chelmos, where one of the most famous ski resorts in Greece is located.

What are the most popular places to visit in the Peloponnese Peninsula?
The Peloponnese abounds in attractions and great places to stay. Among these places Nafplio, once the capital of Greece, merits a longer stay: The beautiful old town will mesmerize you with its picturesque alleys and the famous Palamidi Fortress. From Nafplio you can easily reach by car or even by bicycle some world-famous excavations such as Mycenae, Epidauros, and Tiryns too.

While visiting the Peloponnese, you should not miss Monemvasia. The completely car-free old town is located on an island only connected to the mainland by a dike. It is completely surrounded by a wall. As soon as you enter the city gate, you feel transported centuries back in time – if it weren’t for the numerous souvenir shops.

If you’re more drawn to larger cities, Patras is also well worth a visit. Besides a wealth of cultural attractions, the endless beaches on the west coast and the excavations of ancient Olympia are not far away.

What are insider tips for the Peloponnese Peninsula?
Insider tips for the Peloponnese are almost infinite. Therefore, it is quite difficult to make a limited selection. If you are looking for peace and seclusion, you will love the Mani peninsula with its characteristic fortified towers. Mass tourism is a foreign word here and deserted beaches and traditional villages invite you to linger. A short hike to Cape Tenaro will take you to one of the southernmost points on mainland Europe.

A special highlight is the Byzantine fortress of Mystras. It is ideal for an extensive combination of sightseeing and mountain hiking, as it extends over an entire mountain slope. If you are a wine connoisseur, you should be sure to visit the area around Nemea. This region is particularly beautiful in autumn when the vines begin to change colour. During a visit here, nothing stands in the way of a long hike or bike ride with a bottle of the regional wine to look forward to afterwards as a reward.

A visit to the Vouraikos Gorge, which can be reached by a rack railway, also offers an extraordinary experience. If you want to be more active, you can also hike the way to the gorge along the tracks.

Another dream-like beach can be found about 60 km / 37 mi. from Kalamata. Voidokilia Bay (Cattle Belly Bay) is located below the fortress of Pylos and is surrounded by high dunes. In the early and late season, with a little luck, you may have this gorgeous beach almost to yourself.

The entire west coast of the Peloponnese has kilometres of beautiful beaches, so there’s nothing to stop you from enjoying a wonderful swim and relaxing by the sea.

Are there any culinary specialities in the Peloponnese?
The Peloponnese is known as the land of olives and citrus fruits. The peninsula owes this reputation above all to the extremely fertile region around Kalamata. Perhaps you are even familiar with the name “Kalamata olives”. Not to be forgotten, of course, is the wine from the Nemea region, which has earned an excellent reputation among connoisseurs.

A classic dish from the Mani peninsula is moshari kokkinisto, a veal or beef stew that is served there, usually on Sundays. Why not try the recipe or, better still, taste it locally in a taverna?

If you love sweet treats, you should try amygdalata, a Greek form of marzipan and a speciality from the Monemvasia area.

If you’ve ever wanted to know how it was possible for each member of the audience to perfectly hear every word spoken in a huge ancient theatre, you should definitely visit the theatre in Epidauros.

An entire era shaped the empire of Mycenae. The excavation, spectacularly situated on a mountain, is definitely worth a visit. Follow in the footsteps of the great Agamemnon, whose golden death mask was found here.

The Byzantine fortress of Mystras will take you back to the deep Middle Ages where you can marvel at beautifully preserved churches and chapels as well as breath-taking nature.

Particularly impressive is the excavation of ancient Messene, which is one of the best-preserved ancient sites in all of Greece. Roaming the extensive grounds is a particular pleasure for any ancient Greece enthusiast. 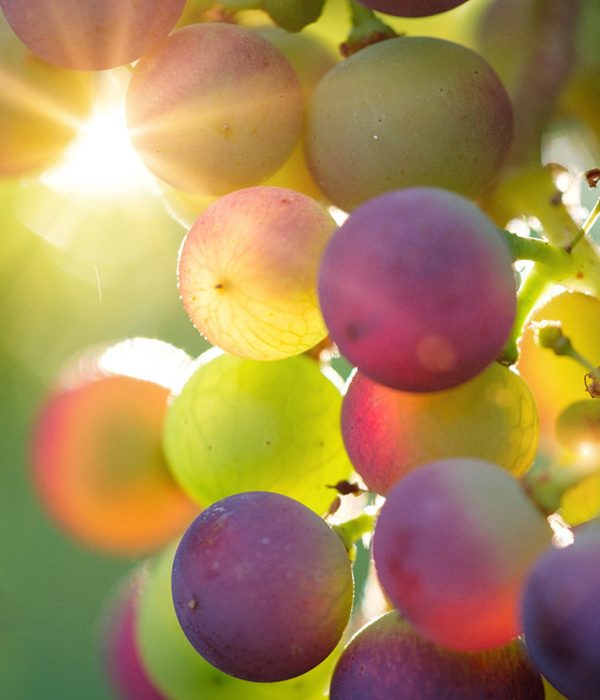 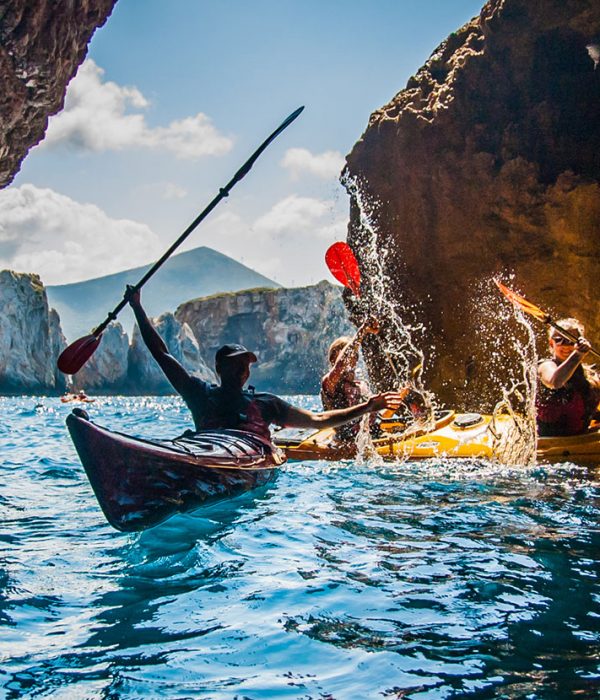 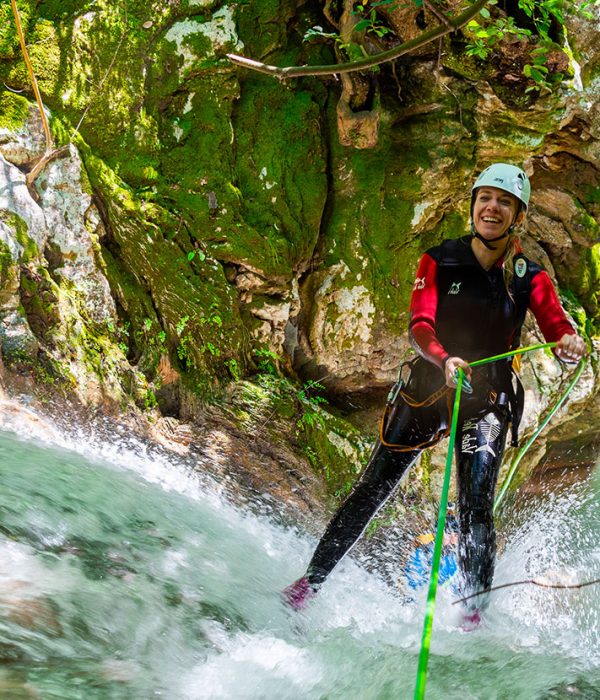 Canyoning in the Neda Nature Park 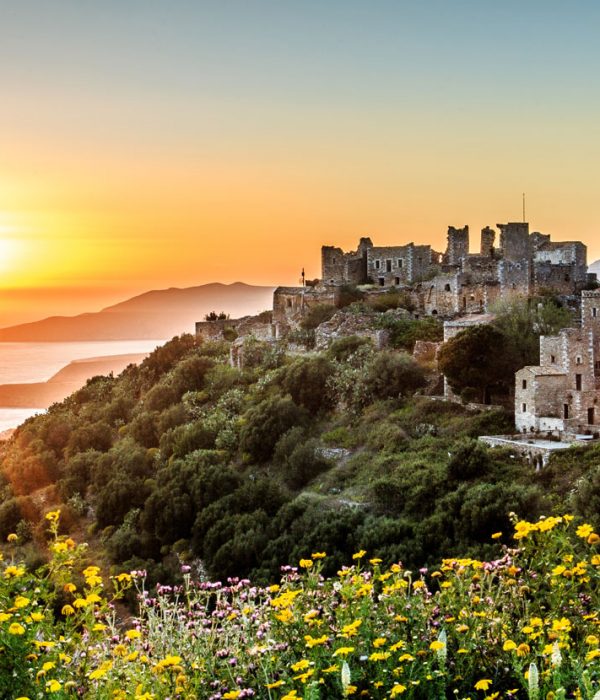 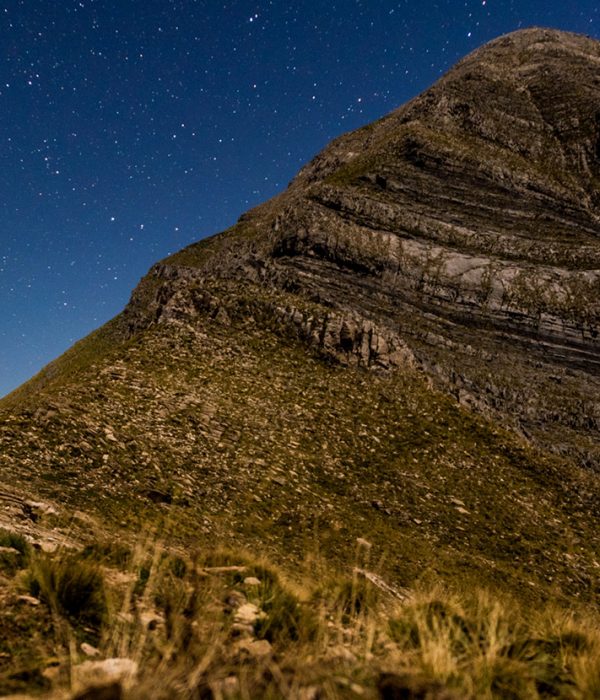 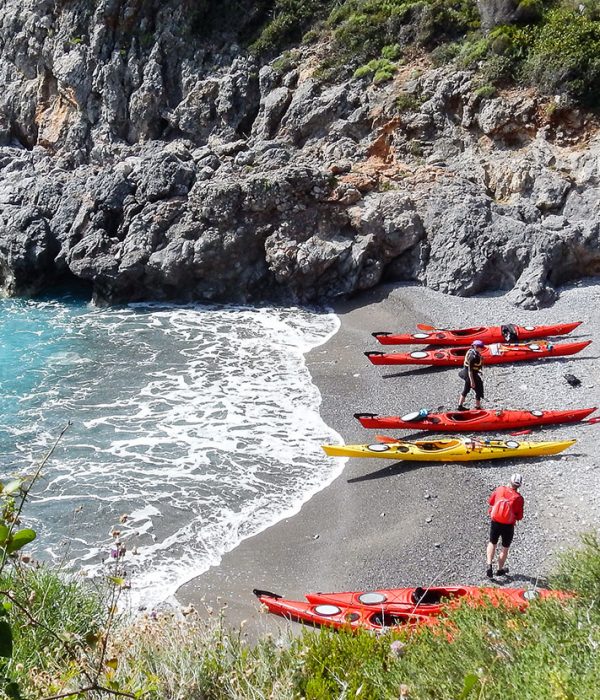 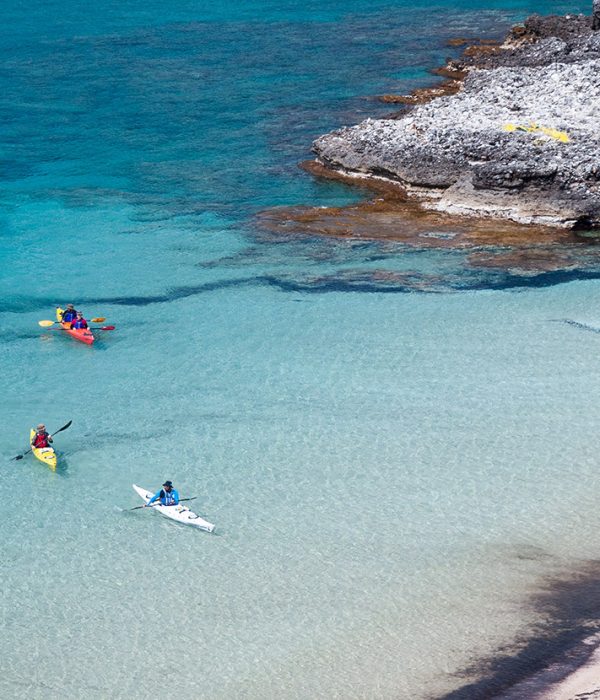 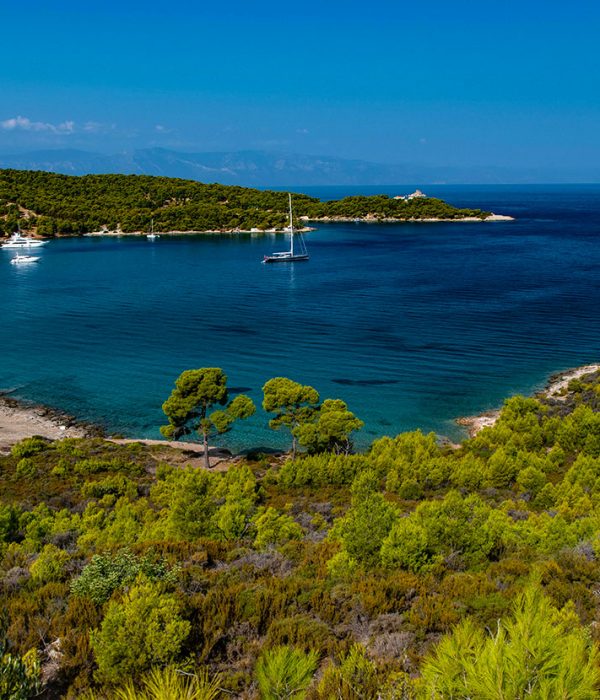 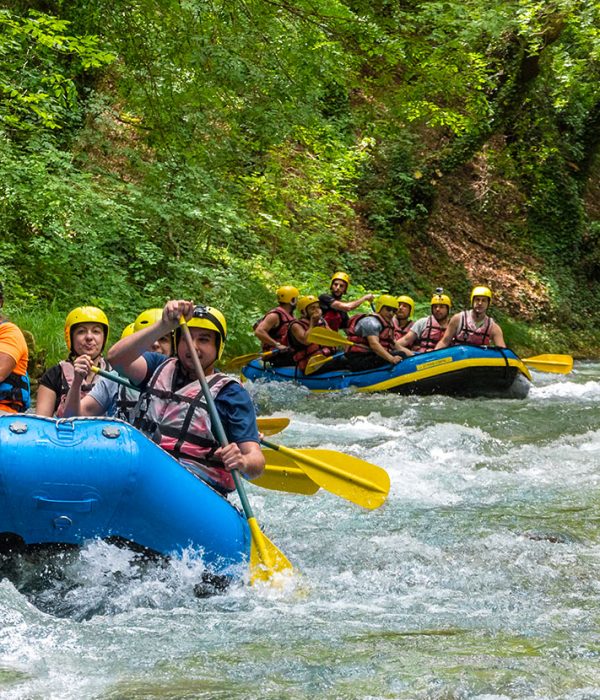 Rafting & Hiking in the heart of Peloponnese 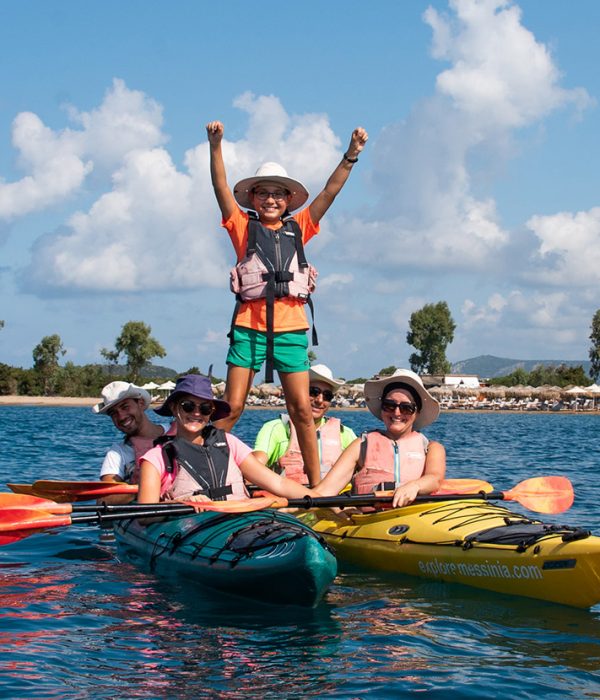 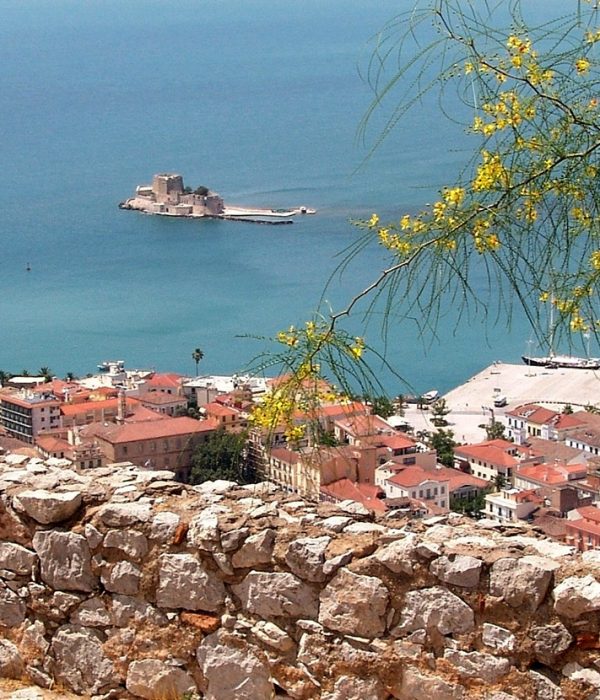 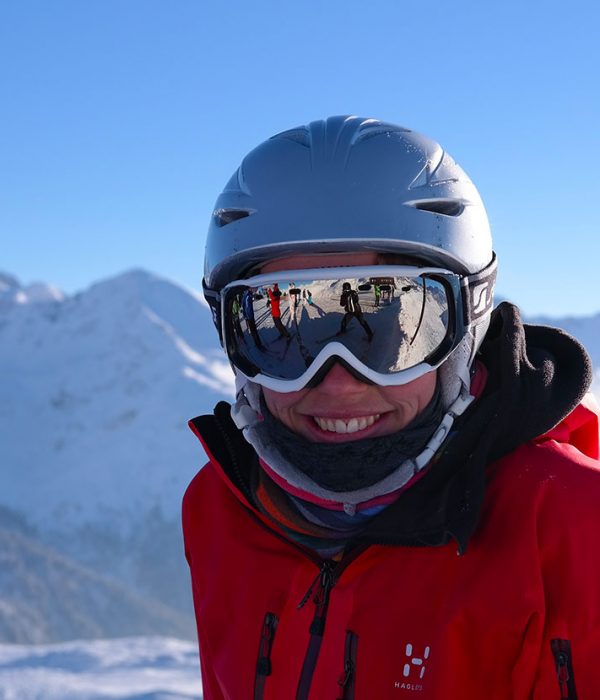